Feature length films include “Toy Story”, “Finding Nemo”, “Cars”, “Monsters, Inc.” and “Up”. But what do these animated stories have to do with teaching? The answer is, quite a lot.

Pixar films have been inspiring kids and parents since the 1980s and the relatively new concept of social emotional learning (SEL) fits well into the Pixar model and message.

The fact is, many teachers would love to show Pixar films in their classroom as a way of promoting emotional education. Unfortunately showing full-length features chews up quite a bit of class time. There’s a solution, however. Teachers can now use Pixar film shorts to strengthen their classroom’s climate and culture.

Teachers and parents can help kids extend and apply what they see in the movies and use it as a springboard to teach young brains to handle emotions.

What is social emotional learning?

SEL teaches kids to overcome difficult times. They learn to manage or avoid conflicts and SEL prepares and primes children to excel in their social, academic and private lives.

While a relatively new concept, SEL has been gaining traction. It’s the idea that things that happen socially cause an emotional impact and can influence learning in children.

How does Pixar fit in? 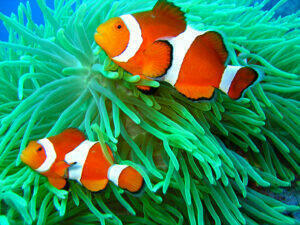 Pixar’s Inside Out is a perfect tool for teachers and parents and a classroom management tool. The film helps teachers extend and apply what students see in the movie and use it as a springboard to teach SEL and life in general.

Young children have all the same emotions that adults have, such as anger, joy, sadness, disgust, and fear, to name just a few. The movie explores these emotions and creates a visual model so that kids can understand how the human brain works in a three-dimensional way.

The movie can help kids develop a deeper understanding of how they can self-regulate their own emotions to be more effective communicate. The message of the movie is that emotions are not just ok, but actually valuable and normal.

Learn to use Pixar short films for SEL

In this course, participants will have opportunity to:

This course aligns to the standards for: