California is now the world’s fifth largest economy. As a stand-alone country it is larger than France and about to be bigger than Britain. But it wasn’t always that way. Or maybe it was the perfect place to create history and dreams and wealth – and surfing.

We will get to that history in a second, but the big question for the teachers who want to explain California in more detail is why the history matters. You don’t have to be from California to respect this history. It is what dreams are supposed to be made of.

From the El Camino Real — the highway of Spanish Missions that line the California coast — to the Gold Rush that was kicked off by John Marshall finding a gold nugget at John Sutter’s Mill along the American River in Coloma, California would never be the same. People from all over the world came around The Cape of Good Hope or through the Rio San Juan in Nicaragua to catch ships to San Francisco and boats to Sacramento – the state capital and the doorstep to the gold country.

Why is California history important?

What this means for teachers is you have much to explain given common core standards based California history on The Gold Rush to Statehood – Southern California and Northern California. It’s a big state. It is almost too much. But there is a course that will help.

You probably know a lot about history to provide your students with information, activities and a planning template, but we don’t want to build sugar-cube missions anymore.

So we can condense it a bit.

Key California facts to Consider to get students excited

California was part of Mexico until the Mexican-American War in 1848 and John C. Fremont launched the Bear Flag Republic in Sonoma in 1846 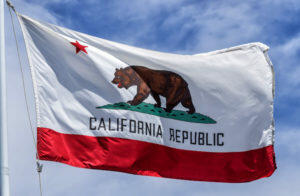 California became the 31st state in 1850. Prior to its addition to the United States, the territory belonged to Mexico. It is the largest state in the U.S. by population. California’s geography takes up almost two-thirds of the West Coast. The state is divided into 58 counties and now almost 40 million people.

California makes up 7 percent of the U.S. economy.

The state motto of “Eureka” (which translates from the original Greek to “I have found it” in English) goes back to the Gold Rush era in the 1800s.

San Francisco has the only Civil War Fort on the West Coast. California silver also financed the Union Army. Why they built Fort Point.

The transcontinental railroad was started in Sacramento. Roseville is still the largest railroad yard west of the Mississippi River.

When California signed the Treaty of Hidalgo, which ended the Mexican-American War in 1848, the United States paid Mexico $15 million in war damages,

After the Gold Rush began in 1848, the state’s population grew very quickly. In just four years, California grew from 14,000 residents to 250,000, reports History.com.

The population of San Francisco doubled every 10 days. The Golden Gate Bridge and Bay Bridge were both built in the 1930s.

Why California is an important story for teachers is because of history and where the state is heading. California history is quite unique and serves as a model. It is not a utopian model. But as Churchill said, “it is the best we got.”

It is fascinating, warts and all. From the building of Los Angeles and San Francisco to the Central Valley, Lake Tahoe, Death Valley, Redwoods, Yosemite, Ansel Adams, John Muir, John Steinbeck, Mark Twain, Jack London, Steve Jobs, the list goes on and on.

California history is a treasure trove of fascinating stories that will inspire students no matter where they live.

And teachers can adapt stories to their own locations.