It was last December when 13-year-old Rosalie Avila took her own life in San Diego following years of bullying by her middle school classmates.

The school was aware of Rosalie’s bullying and she had been in counseling, her aunt told local media. Rosalie had detailed in a journal how she was bullied and named those who were mean to her.

Bullying in schools has taken many forms in the past few years and has increased, according to statistics. From traditional playground bullying to cyber bullying, social media shaming, sexual assault, peer shunning and more, the results of bullying include depression and too often, even suicide.

The use of intimidation and shaming at its core, however, remains the same – intimidation of a perceived weaker person. Unfortunately, in this day and age, there are many ways for overbearing or dominant kids (and adults) to achieve these goals.

Dictionary.com defines a bully as thus: “an overbearing person who habitually badgers and intimidates smaller or weaker people.” 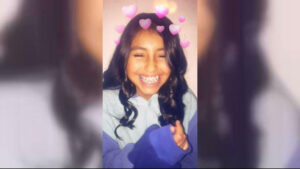 Many children are likely to experience aggression in their relationships with schoolmates. It is not a new phenomenon. Ask your grandfather and he might have a story about his school yard fight against the bully. Traditional school bullying is always based on violence and is often a group activity. Some bullying actions can fall into criminal categories, such as harassment, hazing, or assault.

But times have also changed, say experts, ad bullying has become a serious issue that is prevalent even outside of school and is taking place online and on social media. And it is getting some serious attention. Corporations, celebrities, sports figures and even the First Lady have gotten involved. Burger King went so far as to stage a kid being bullied in a restaurant to see how many bystanders reacted. At the same time, they beat up the customers’ Whoppers. The idea was to see how many people were more offended by the bullied burger than the kid. You can probably guess the results.

Bullying statistics in schools show a sharp increase in past years despite growing national attention. Bullying in high school and middle school bullying certainly get the most attention and certainly because of the access and use of social media. But even elementary school bullying can take place.

In one large study, about 49% of children in grades 4–12 reported being bullied by other students at school at least once during the past month, whereas 30.8% reported bullying others during that time.

Bully: “an overbearing person who habitually badgers and intimidates smaller or weaker people.” 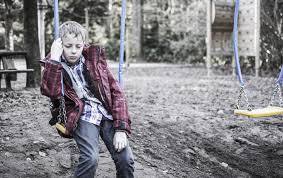 Over 3.2 million students are victims of bullying each year. Approximately 160,000 teens skip school every day because of bullying. 17% of American students report being bullied 2 to 3 times a month or more within a school semester. … 1 in 4 teachers see nothing wrong with bullying and will only intervene 4% of the time. (source: dosomething,org)

In 2014 the Centers for Disease Control and the United States Department of Education released the first federal uniform definition of bullying for research and surveillance.

The current definition acknowledges two modes and four types by which youth can be bullied or can bully others. The two modes of bullying include direct (e.g., bullying that occurs in the presence of a targeted youth) and indirect (e.g., bullying not directly communicated to a targeted youth such as spreading rumors). In addition to these two modes, the four types of bullying include broad categories of physical, verbal, relational (e.g., efforts to harm the reputation or relationships of the targeted youth), and damage to property.

According to StopBullying.com, further stats break down as such: 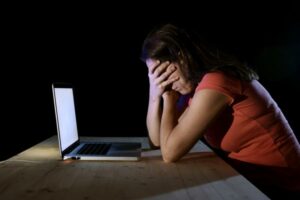 According to The Journal of Student Wellbeing, there is a direct relationship between standard school bullying and what we now know and refer to as cyberbullying.

“With the advent of modern forms of communication, children are now able to harass their peers with mobile phones and e-mails, a behavior known as cyberbullying,” the Journal writes.

In a study the publication conducted to determine the relationship between school bullying and cyberbullying, 432 students from grades 7 through 9 in Canadian schools were surveyed about their experiences of bullying. The results indicated that students who were bullied in cyberspace were also likely to bully their peers in cyberspace (46%) and be bullied at school (56%).

In addition, students who were bullied in cyberspace only, and students bullied both in cyberspace and at school, experienced difficulties at school such as low marks, poor concentration, and absenteeism. These results suggest that bullying that occurs either at or outside school can have an impact on school learning.

Violence: “Any intentional demonstration of verbal, written, physical, psychological or sexual force which causes distress and injures, hurts or oppresses a person by attacking their psychological or physical integrity or well-being, or their rights or property.”

How to recognize and combat bullying

As a teacher, administrator or parent, the key to stopping bullying in its many forms is vigilance — to understand the many variations it takes and the tell-tale signs that bullying is going on.

The first step in fighting this social problem is to understand both its causes and effects. But according to experts, solutions are not simple.

Bullying prevention approaches that show the most promise confront the problem from many angles. They involve the entire school community—students, families, administrators, teachers, and staff such as bus drivers, nurses, cafeteria and front office staff—in creating a culture of respect. Zero tolerance and expulsion are not effective approaches.

It has been documented that bystanders who intervene on behalf of young people being bullied make a huge difference. Studies also have shown that adults, including parents, can help prevent bullying by keeping the lines of communication open, talking to their children about bullying, encouraging them to do what they love, modeling kindness and respect, and encouraging them to get help when they are involved in bullying or know others who need help.

As teachers, there are also professional courses available to guide you in this area.  Improved classroom management techniques can also go a long way.